Leaders have a responsibility to be on high alert for the little irritations. Why? Because they can cause big problems in the workplace.

These habits of behaviour often present themselves in very subtle ways.

As a Leader, it is your task to know about them and do something about them.

See how many of these habits you recognise.

Effective communication in the workplace is vital. Deal with anything that acts as a barrier to it.

Some people are so addicted to corporate speak that they seem unable to say much at all without it. They have become a Jargon Junky.

Some days are easier than others for them BUT every now and again they go on a binge and then there’s helping them!

If they are not doing something “quick and dirty” they’ll be engaging in some “blue sky thinking”.

Taking the “helicopter view” to get the “big picture perspective” on something.

Then they’ll likely be “running it up the fly pole and seeing who salutes”.

To “hit the ground running” and “gain momentum, going forward”. 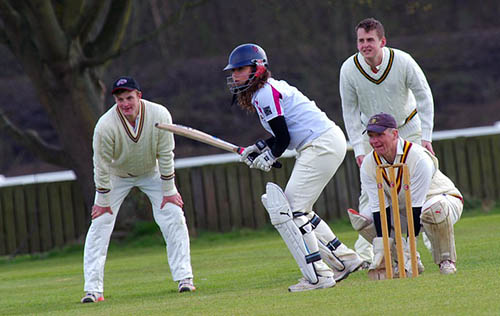 The batting average for Jargon Junky’s is far too high

Even though it’s a “movable feast” there’s some “low hanging fruit” to give a few “quick wins”.

Especially if there’s enough “thinking outside the box” done.

Which is a real “no-brainer” anyway.

And if they can’t “pick it up and run with it” then they’ll likely “put it on the back burner”. Or “kick it into the long grass”.

By “close of play” and all this while they “keep you in the loop”.

Anyway, hope we’re all on the “same page” here!

Leaders, please lead by example and work to drop this addictive jargon.

In the classic 1939 movie ‘The Wizard of Oz’, actor Ray Bolger played the part of the Scarecrow.

The quest of his iconic character was to reach The Emerald City so he could ask the all-powerful Wizard for a brain.

Like Mr Bolger’s fictional Scarecrow, there’s an alarming number of people with the Scarecrow Habit.

In other words … if they only had a brain!

They open their mouths and make comments that only someone lacking a brain would make!

They ask the same questions over and over … and over again. And if they only had a brain they might be able to remember the answer for next time. But alas!

Instructions are often forgotten … and now, well we know why.

The thing is though, they DO have a brain. 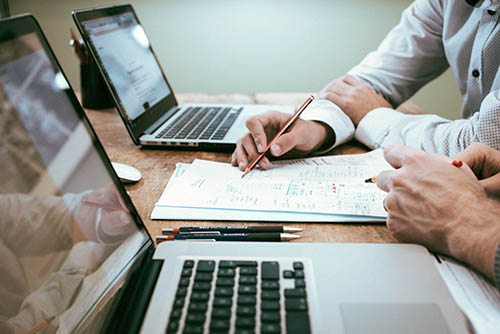 As a Leader, it is your responsibility to teach in a way your team understand.

And it’s the task of the leader to get them to use it!

Everyone learns in a different way. As a leader, you should recognise that in your team. Adapt your teaching style so your students’ use their brain.

OK everyone, all together now … “We’re off to see the Wizard …”

This inglorious Habit. It seems too frequent in many a workplace. And it is REALLY annoying to those colleagues on the wrong end of it.

Characteristics of those with the Credit Taking Habit include Gaul, Sheer Cheek and ‘Brass Neck’. Which all go towards making them oblivious to their bad habit.

These are the types who have devoted the least of input into a completing a work task. And sometimes, having done nothing at all towards it, claim the glory for it!

Their ‘smash and grab’ tactics are often successful with the boss and other senior people believing their claim. 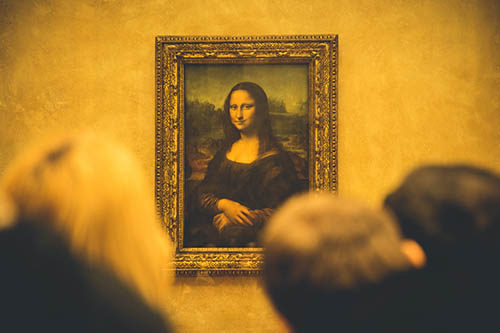 This causes those who ACTUALLY invested the time, effort and energy to stagger around in a daze. Their overwhelming disbelief then results in them bumping into furniture and mumbling in corners.

If you lead someone who suffers from this Habit please get them help … and soon … to see the error of their ways!

These individuals find the difficulties in any situation and at every opportunity!

They are negative. They supply lists of reasons why things can’t be done. And are unremitting in their mission to ensure that if things are done that they will fail.

This Habit comes complete with a limitless supply of pessimism. Which the Mood Hoover sprinkles over all ideas, initiatives and proposals. 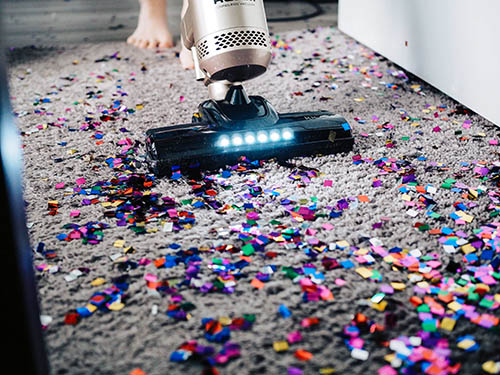 They start to ruin the party before the party has even partied.

They mourn for ‘The Good Old Days’ when everything was oh so right. So ideal. So perfect. Back then their work was so enjoyable, the sun always shone, and Unicorns roamed carefree in the car park.

One of the issues with the workplace Mood Hoover Habit is that those afflicted believe that there was once a magical time when they weren’t a cynical, miserable gloom monger.

Maybe that’s true. And perhaps if you look out the window now you might see a Unicorn!

Whatever the truth is, a leader condones the Mood Hoover Habit at their peril.

Forcing others to experience it can be corrosive to their spirits.

So take action and deal with it.

5) The Mannequin in the Meeting Habit

Some people are not good at being in a meeting.

May you even have a person in mind right now?

In fact, if you were to sit one of those shop-window-style, full-size mannequin dolls in a chair, at the meeting room table, that lifeless lump (I’m still referring to the mannequin) would have about the same level of impact and input to the discussions. 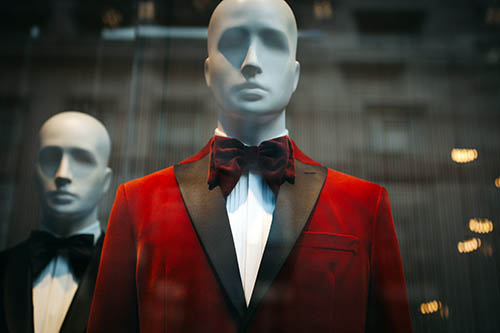 These are the people who are always unprepared to take an active part in the meeting agenda. Shown by the consistency of their lack of facts, figures, statistics, data or any other relevant information update at all.

They focus ahead. Look around. Or gaze off into the distance as the white noise of the meeting washes over them but never seems to trouble them.

At times they may nod their head in agreement if tasked to take an action away with them.

Then when the meeting ends, the most bizarre metamorphosis occurs. They transform from the lifeless mannequin back into human form! All of a sudden, they are brimming with strong opinions about the discussions. How the ideas were stupid. All the ways they won’t work and what they aren’t going to be doing!

A leader who allows this habit to persist is undermining the quality of every meeting. That’s costing money and wasting valuable time.

Instead, take action. Introduce new Meeting Ground Rules which expect ALL attendees to prepare and engage.

These are the people whos fault it NEVER is!

Whatever goes wrong, whatever deadline they miss, whatever mistake they make, you can guarantee one thing for certain… it was someone else to blame.

They did their part – end of discussion.

Nothing ever sticks to the person who indulges the Blame Shifting Habit. They have cultivated the art of ‘dodging the bullet’. ‘Passing the buck’ and massive ‘redirection’ to the level of the Master. It’s manipulative, clever and very skilful.

AND irritating to the ones who end up being unfairly blamed. 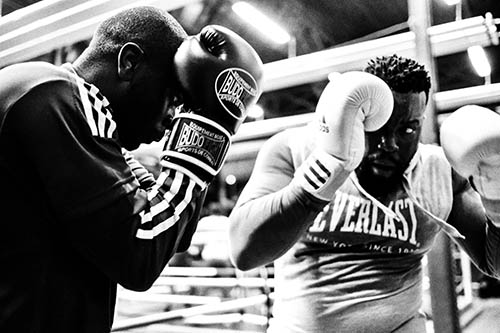 If the Blame Shifter were to channel even a tenth of the energy that they devote to their habit into doing their work, there would no blame to shift.

As a leader, you need to recognise those with the Blame Shifting Habit. Enlighten them on the error of their ways.

If you know it’s happening and yet do nothing well then, as the leader, you only have yourself to blame!

The effective workplace requires that people concentrate on the task at hand … that they FOCUS!

Those who flirt with the Multi-Tasking Habit are neither being efficient or effective. For the leader, that’s an issue to resolve immediately.

The Multi-Tasker does not appreciate that they can only do one thing well at any one time.

That means that they can either focus on listening to their colleague’s request OR they can type their e-mail … but not both at the same time.

That means that they can either give you accurate instructions about the task that needs completing OR they can look out of their office window as they try to work out what someone else is up to … but not both at the same time.

That means that they can either be concentrating on the team meeting OR they can be responding to a text on their mobile phone … but not both at the same time. 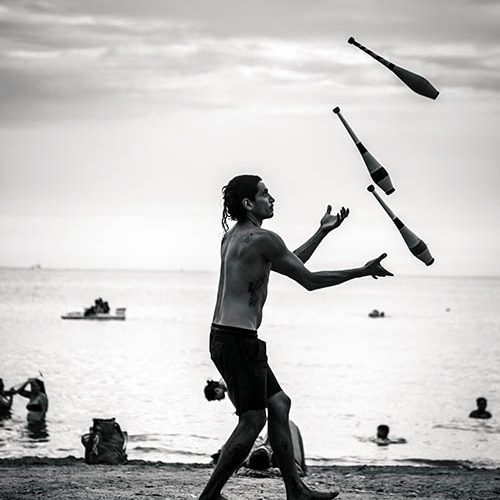 A Multi-Tasker will juggle everything but catch nothing

If focus is the aim, then the Multi-Tasking Habit does nothing to help in achieving it.

As a leader do all you can, in any way you can, to remind your team that in their bit of the workplace multi-tasking is OUT and focus is IN!

In summary then, as a leader, you owe it to your team to be vigilant in spotting and addressing any of these 7 Habits in your workplace.

The Beginners Guide to Delegation

Good delegation provides benefits to everyone involved, individuals and organisation. Invest the time in getting it right and …

These tips on effective appraisals are provided as a snapshot of generic good practice. They are presented in …

Why You Are Failing At Leadership

V’s are powerful! Without them, we fail. Whether it’s the incredible consequences that result from birds flying in …