V’s are powerful! Without them, we fail.

Whether it’s the incredible consequences that result from birds flying in a V formation. The symbolism evoked by Sir Winston Churchill’s iconic wartime V for Victory gesture. Or the decision to treat everyone like a VIP… leadership offers up some other important V’s to consider.

These fall into the categories that I have named the Virtues and Villains of Leadership.

Let’s begin with the Villains of Leadership… Vindictive, Vague and Volatile.

They have the skill of blowing small errors up into incidents of near-apocalyptic proportions.

They can be spiteful. They humiliate their subordinates. And deliberately belittle colleagues by seeking opportunities where they are likely to fail.

And when they do, the vindictive type will revel in their victims very public ‘disaster’.

This type of workplace intimidation is an absolute abuse of their authority. An authority entrusted to them. Yet it happens all too often. Sorry to say I’ve met a fair few of them.

Leaders who show this harmful and unpleasant trait are equal to a snake spitting venom.

This vicious and toxic characteristic has no place in any workplace.

This ‘villain’ fuels a leader’s desire to exact revenge on an individual who has in some way displeased them.

Now, maybe on a therapist’s couch, induced into a hypnotic state, they may well be able to access memories of a past life. Perhaps, back then, our vindictive leader was a medieval monarch. Whose word was law. Whose power was absolute. 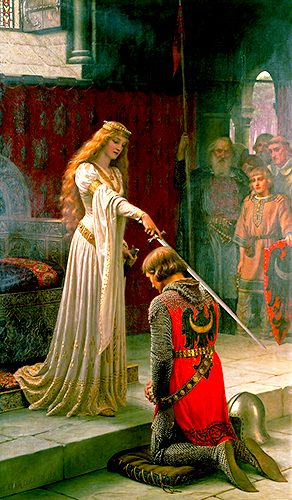 “Off with his head!”

But, in the modern-day workplace, a leader’s power over others should be exercised with great care. And plotting to pay someone back is not acceptable.

For anyone, leader or not, it’s difficult to rise above a situation when you are weighed down with the baggage of revenge.

The question for any leader is do you want to inspire fear? Or respect?

If it’s the former, then no change is required.

If it’s the latter, then the vindictive behaviour must go!

Leaders who are vague can create big problems.

Their aim should be clarity. To communicate their wishes without any doubt. To negate misunderstandings and misinterpretations. To point their troops in the right direction.

And yet, the villain of vagueness means they don’t set clear expectations for their people.

It would be like asking one of the team to go to the local Superstore with a £20 budget.

Their brief is to ‘buy some drinks’.

Alright then, so …. might that be soft drinks, alcoholic drinks, hot drinks, bottles, cans, cartons or cups? An impossible task.

Now let’s agree that the money remains the same. But the brief changes to ‘buy 5 bottles of lemonade and 7 cartons of orange juice.’

That’s less vague but it’s still way short of being clear enough for the person tasked with the job to be certain they are going to do as the boss wants. 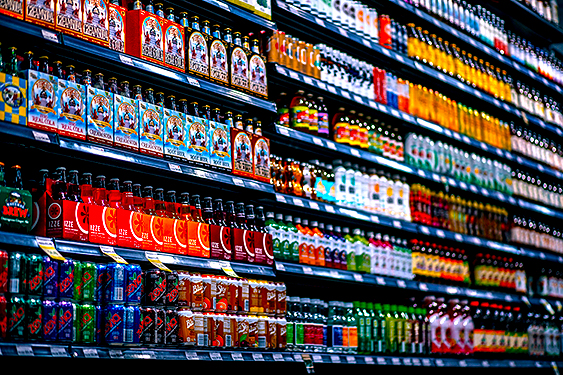 Introducing the illusion of choice!

The results of a leader’s vagueness can be gridlock at one extreme and chaos at the other.

People need to know where they stand.

The leader should not be the cause of the problem for which all too many seem prepared to then blame others.

It’s so frustrating trying to second guess the leaders wishes and this can impact in a bad way on morale.

How do you measure up against this leadership villain?

A leader should eradicate the ‘plague of the vague’. They should become skilful in explicitly asking their team for the results they want.

Hope I’ve made that crystal clear?

One of the most unsettling traits of a leader is that they exhibit extreme volatile behaviour.

The ups and downs of the day are one thing. But these individuals act like they are on an emotional roller coaster.

They throw tantrums. Are sensitive to criticism. And appear not to recognise their own irrational behaviours.

I’ve personally seen this on several occasions. When leadership volatility becomes a near hysterical outburst of shrieking. Slamming, blaming and accusing.

A leader who indulges in these antics does not deserve the power they have over others.

It is, in my estimations, a total dereliction of duty. It is never, ever acceptable.

Some explosions are remembered for a long time.

If a team is at the mercy of their leaders’ mood swings, then they are never quite sure where they are. Although they know exactly where they’d like to be… which is as far away from the leader as possible!

A team member who experiences this terrible trait might take solace in posters and quotes displayed around their workstation. Quotes like…

When a leader over-reacts, it undermines their authority. This creates a negative atmosphere where productive work is near impossible.

Add to this the time, effort and energy required from colleagues to cope with and neutralise the volatility coming their way. It’s a workplace nightmare.

A leader needs to keep a ‘tight rein on their horses’ when it comes to extremes of behaviour.

In my experience, the damage to their reputation and credibility means that they never recover from the self-inflicted wound of extreme volatility.

The villain of volatile behaviour places everyone in a complete lose-lose situation.

So, now let’s examine 3 of the Virtues of Leadership … Visibility, Values and Vision.

In the classic 1933 movie, the actor Claude Rains starred in the title role of ‘The Invisible Man’… and no, oddly I haven’t seen him in it, either! 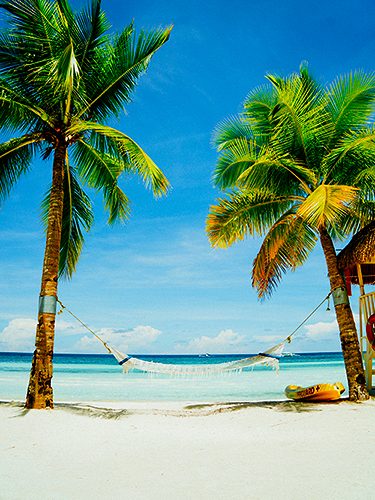 Seen here getting a sweet suntan.

If one of the main tasks of the leader is to influence and inspire others, then visibility is essential.

Visibility offers a connection to and relationship with the team. A relationship that is not possible when leaders spend hours with their head down at their desk.

Some of their team may well see them as being on a pedestal. If that’s the case then they can’t climb up to where the leader is, which means the leader needs to meet them where they are.

By being visible, it means that a leader can prove their excellent, highly developed skills. To enable their team to role model these outstanding behaviours.

Visibility also provides the opportunities to explain where the organisation is heading. What each member of the team can do to help it get there. The leader can share news on updates and accomplishments. As well as talking about and dealing with questions relating to any challenges or issues of the moment.

Dependant on the need the leader can choose to be visible in many ways. One is to hold so-called ‘Town Hall’ meetings where the focus is on interactive communication.

Visibility could lend itself to more informal gatherings. Chats with team members over coffee or a lunchtime get together. Sometimes where the leader listens to points of view and concerns. Challenges, issues and ideas for improvements.

The leader can also be visible on social media. Perhaps the organisational intranet. Or by making short video clips that are emailed to everyone or played at team meetings. 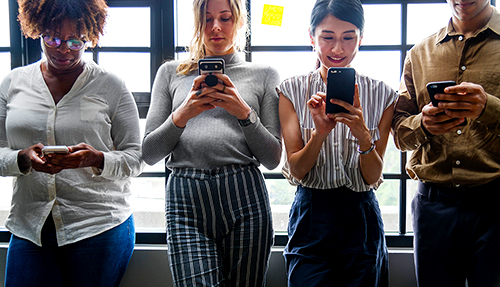 Increasingly on the programmes that I deliver, the Chief Executive or Managing Director will attend a session at some point.  One of the delegates will always comment afterwards along the lines of “in my last job you’d never get to talk with the boss like that!”

That’s the amazing simplicity and impact that can come with greater leadership visibility.

The more the level of visibility the better the connection between leader and team.

After all, no leader should want to be known as The Invisible Boss!

A leader can choose to call them Values, Ground Rules, Standards or whatever label seems right. No matter what you call them, it’s the content which is all important.

There can be very great value in Values.

Well-developed values can help to guide behaviour. They can act as a compass. Pointing the team with constancy in the direction they should head.

How the leader opts to develop Values. Whether it’s by use of a small group (or groups) or to engage with the whole workforce, depends on the size and type of their organisation.

If possible, involve EVERYONE in the organisation in the development of the Values.

An effective format would be to ask everyone to think about 10 potential values as individuals. Then forming groups to pool their thoughts. 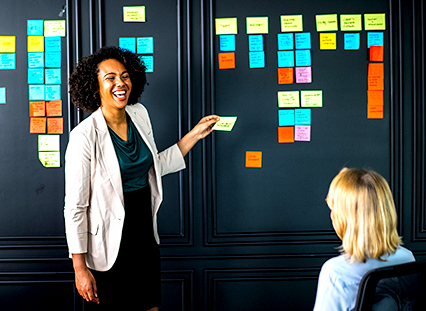 Then it’s about comparing and prioritising to get another step closer to choosing.

To help with the decision-making process (and assuming everyone was asked to choose 10 values) use a points system, where an individual’s favourite value would equal 10 points and the least favourite would equal 1 point.

Considering, developing and deciding on Values is like panning for the gold. When done in the correct way, then a team will produce 5-10 golden nuggets which you can then define and develop.

The values can be as single words or short phrases, such as:

Or as individual points, for example:

Or even as fuller paragraphs which embody all the key components of your values system.

From the final values, the task is to introduce them into the thinking, behaviours, actions, practices and processes of the organisation. This does not have to be a sudden change but can happen over time.

Values can assist in affirming a workplace culture, embedding them as the ‘new normal’, but they can provide great leverage.

Let’s imagine that a team member is straying too far from the values that they agreed to work by. The values are a helpful tool to provide a starting point to a challenging conversation.

By doing this with a process that involves a team, then a leader has a powerful ally in a handful of well-crafted Values. 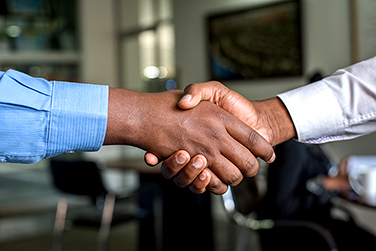 …and allies are important to have as a leader.

Vision, the final of the 3 leadership virtues is, for me, the most important.

The clear vision of a leader provides direction. Which aids decisions. Which informs activities. Which produces results.

A compelling vision, communicated with enthusiasm, can act to inspire. To motivate. To galvanise people into action based on the belief that it’s possible.

It cannot only prepare a team for where they are going but can also act as a beacon to aim for when the seas get choppy.

A great vision offered by a leader enables people to stay focused on the ‘what’ even when it’s difficult to see the ‘how’. The inevitable obstacles, challenges, difficulties, setbacks, false starts, problems and crisis that are all part of the journey, can be overcome if people buy into the vision.

This is the sort of creative mental process used to make the invisible visible now.

History is full of grand visions. And in all cases, when the ‘what’ was conceived, no one had worked out the ‘how’!

Vision can change the world.

A leader has incredible potential at their disposal when they choose to utilise the power of a Vision! 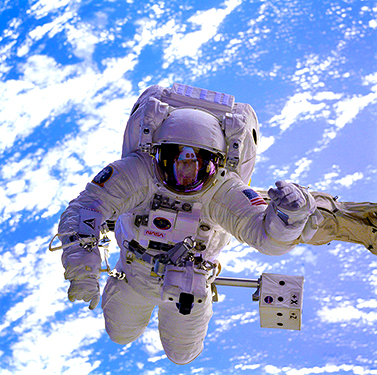 Remember: One strong leader can change the world for everyone.

The Beginners Guide to Delegation

Good delegation provides benefits to everyone involved, individuals and organisation. Invest the time in getting it right and …

These tips on effective appraisals are provided as a snapshot of generic good practice. They are presented in …

Be A Better Coach In 2 Minutes

There are many ways to define what coaching is. One simple, practical way to sum up the coaching …